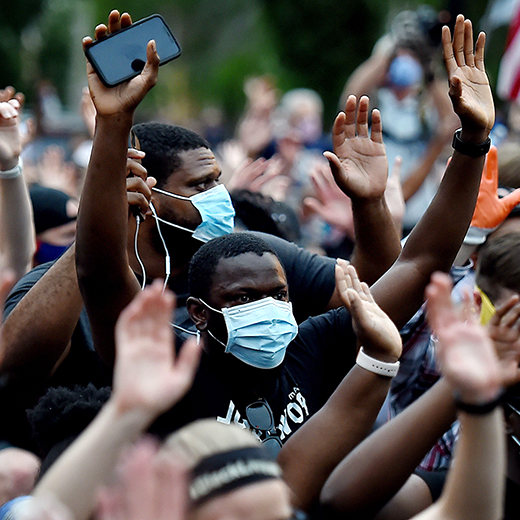 Protesters kneel and hold up their hands in front of Lafayette park near the White House to protest the death of George Floyd, who died in police custody in Minneapolis on June 4, 2020 in Washington, DC. – On May 25, 2020, Floyd, a 46-year-old black man suspected of passing a counterfeit $20 bill, died in Minneapolis after Derek Chauvin, a white police officer, pressed his knee to Floyd’s neck for almost nine minutes. (Photo by Olivier DOULIERY / AFP) (Photo by OLIVIER DOULIERY/AFP via Getty Images)