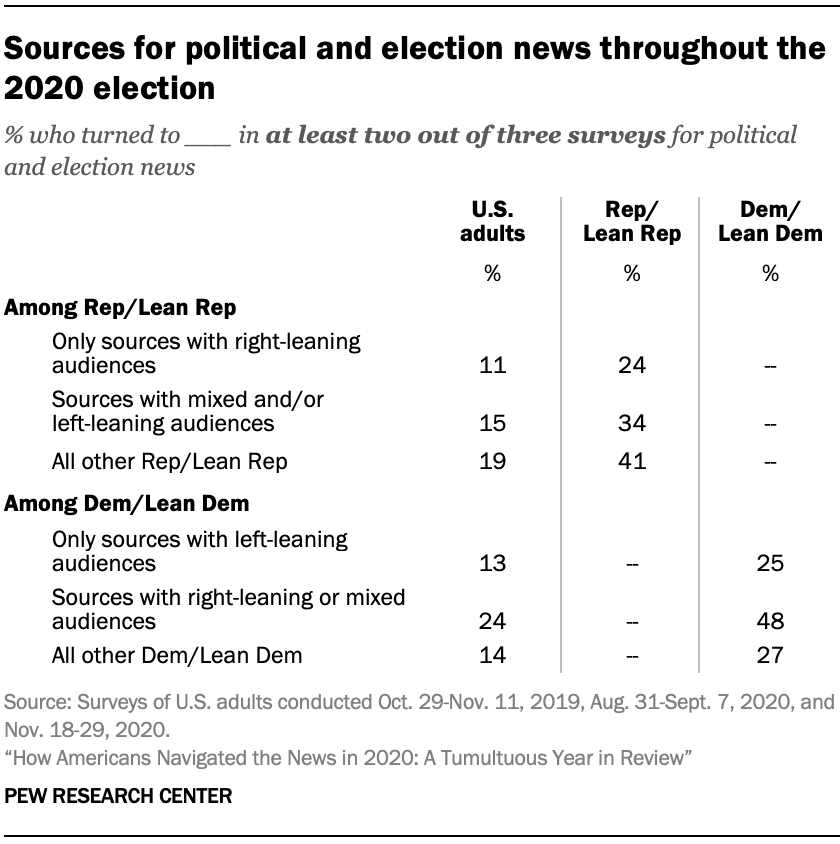 At three points during the 2020 election season, the American News Pathways project classified Americans’ news diets according to the political leanings of the audiences of the news outlets they used to get political and election news.

For the analysis in Chapter 1, respondents’ news diets from three surveys conducted in November 2019, September 2020 and November 2020 were combined to give a general sense of who consistently turned to news outlets with audiences that largely share their politics and who turned to outlets with more politically diverse audiences throughout the 2020 presidential election season. (Click on the links for each survey to see the details for how news diets were calculated at each point.)

The first survey asked about 30 separate news sources, while the second and third focused on eight of the top sources in that survey (used by about 10% or more of U.S. adults). Full lists of the outlets for each survey are available below.

Based their news diets from these three surveys, Republicans and Democrats (both including independents who lean toward the party) are assigned to one of six groups:

Appendices explaining how news diets were classified in each of the three surveys are available here: