By Elisa Shearer and Amy Mitchell

To better understand the ways Americans get their news in the digital age, we surveyed 9,220 U.S. adults from Aug. 31 to Sept. 7, 2020. Everyone who took part is a member of Pew Research Center’s American Trends Panel (ATP), an online survey panel that is recruited through national, random sampling of residential addresses. This way nearly all U.S. adults have a chance of selection. The survey is weighted to be representative of the U.S. adult population by gender, race, ethnicity, partisan affiliation, education and other categories. Read more about the ATP’s methodology.

Here are the questions used for this analysis, along with responses, and its methodology.

This is the latest report in Pew Research Center’s ongoing investigation of the state of news, information and journalism in the digital age, a research program funded by The Pew Charitable Trusts, with generous support from the John S. and James L. Knight Foundation.

Changing the way we measure news consumption on social media

Past research by Pew Research Center has tracked the portion of Americans who use social media sites for news. This survey asks about similar topics in a different way (see more details here); because of this, some of these measures cannot be directly compared with past findings. These changes in question wording reflect the Center’s efforts to improve the way we measure news consumption. 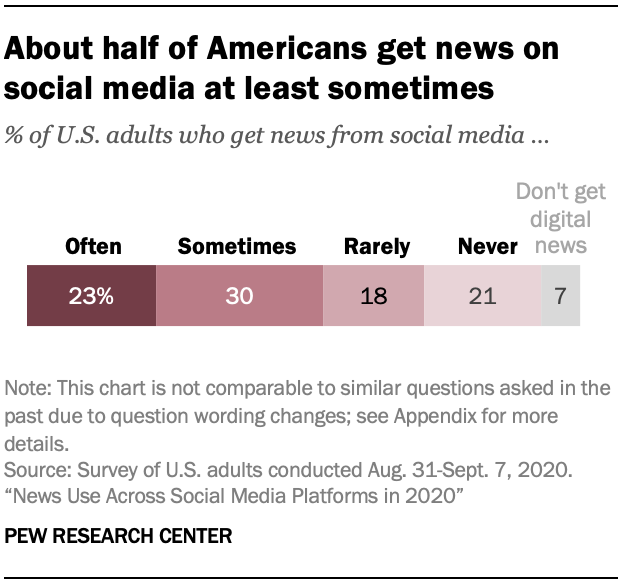 As social media companies struggle to deal with misleading information on their platforms about the election, the COVID-19 pandemic and more, a large portion of Americans continue to rely on these sites for news. About half of U.S. adults (53%) say they get news from social media “often” or “sometimes,” and this use is spread out across a number of different sites, according to a Pew Research Center survey conducted Aug. 31-Sept. 7, 2020. 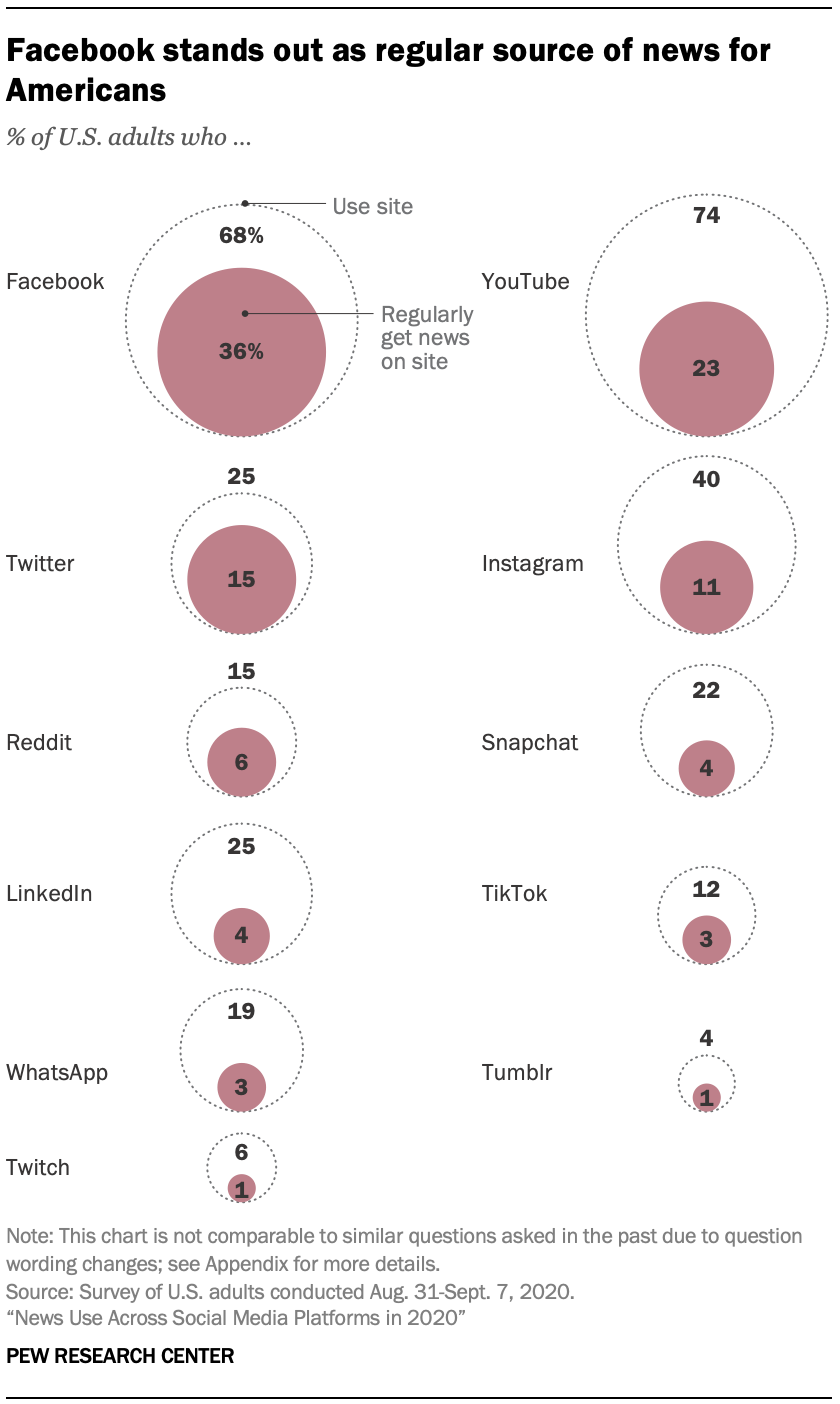 These lower percentages for news use are in some cases related to the fact that fewer Americans report using them at all, compared with the shares who use Facebook and YouTube. If we consider news users as a portion of a site’s overall user base, some sites stand out as being more “newsy” even if their total audience is relatively small. Twitter, for example, is used by 25% of U.S. adults, but over half of those users get news on the site regularly. And 42% of Reddit users get news regularly on the site, though it overall has a very small user base (15% of U.S. adults say they use Reddit). On the other hand, YouTube, though widely used, sees a smaller portion of its users turning to the site for news regularly (32%). 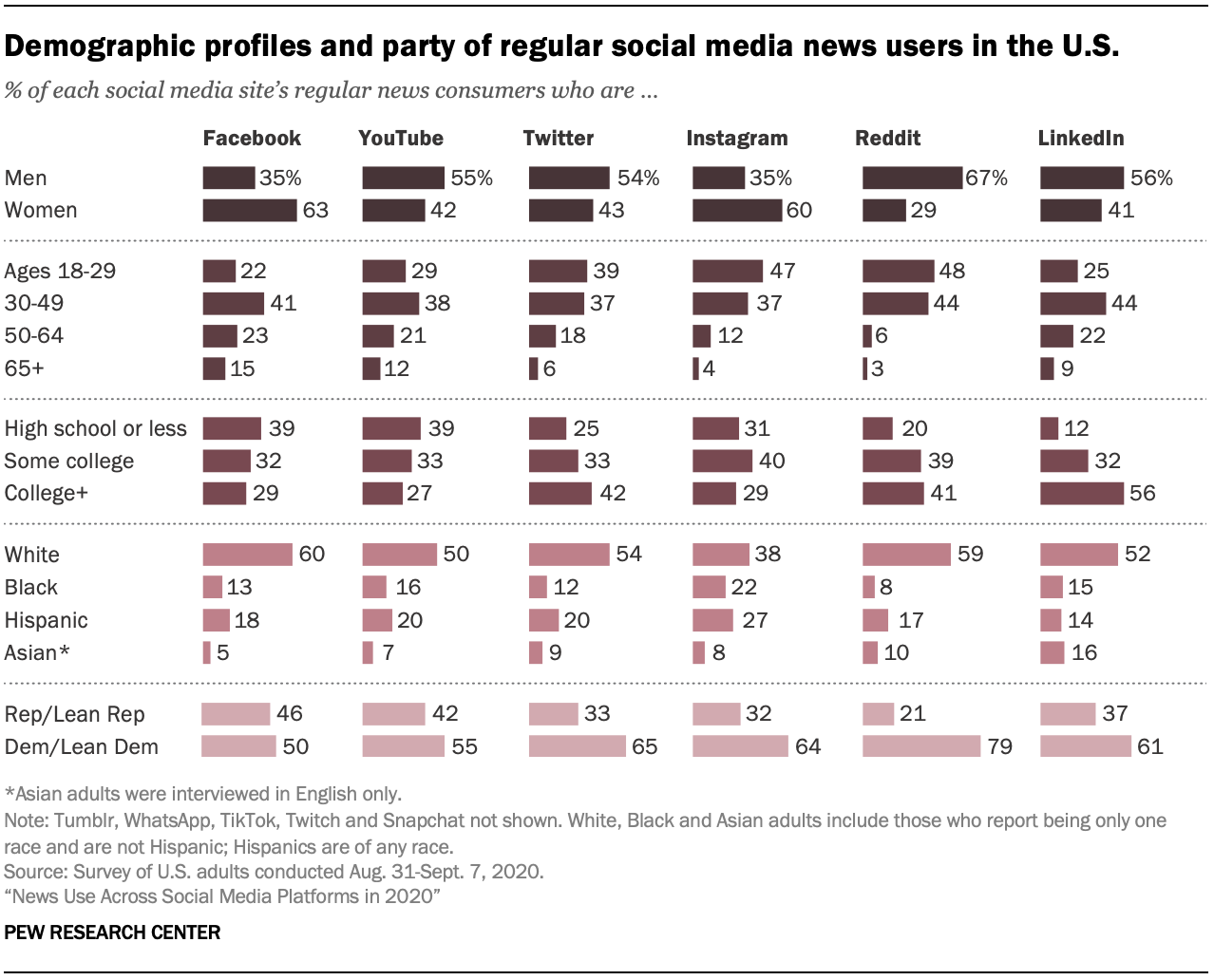 News on social media sites still seen as inaccurate, as about three-in-ten say it helps them understand current events 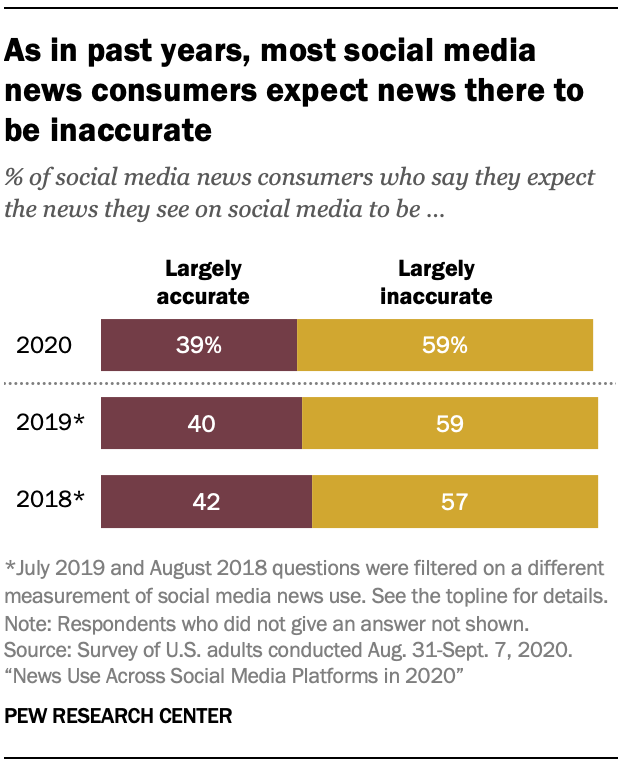 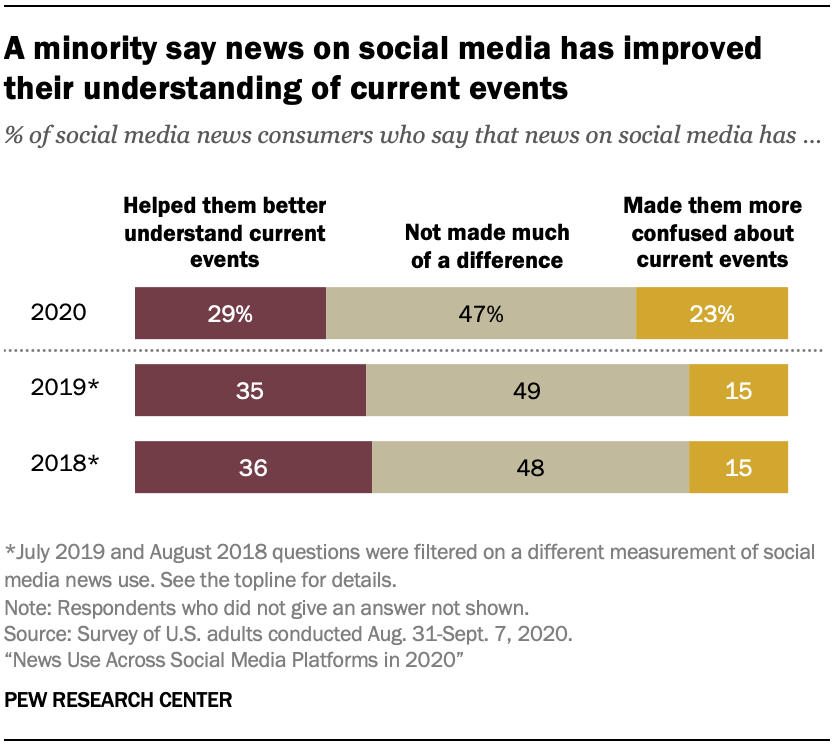