3. Concerns about made-up election news are high, and both parties think it is mostly intended to hurt their side 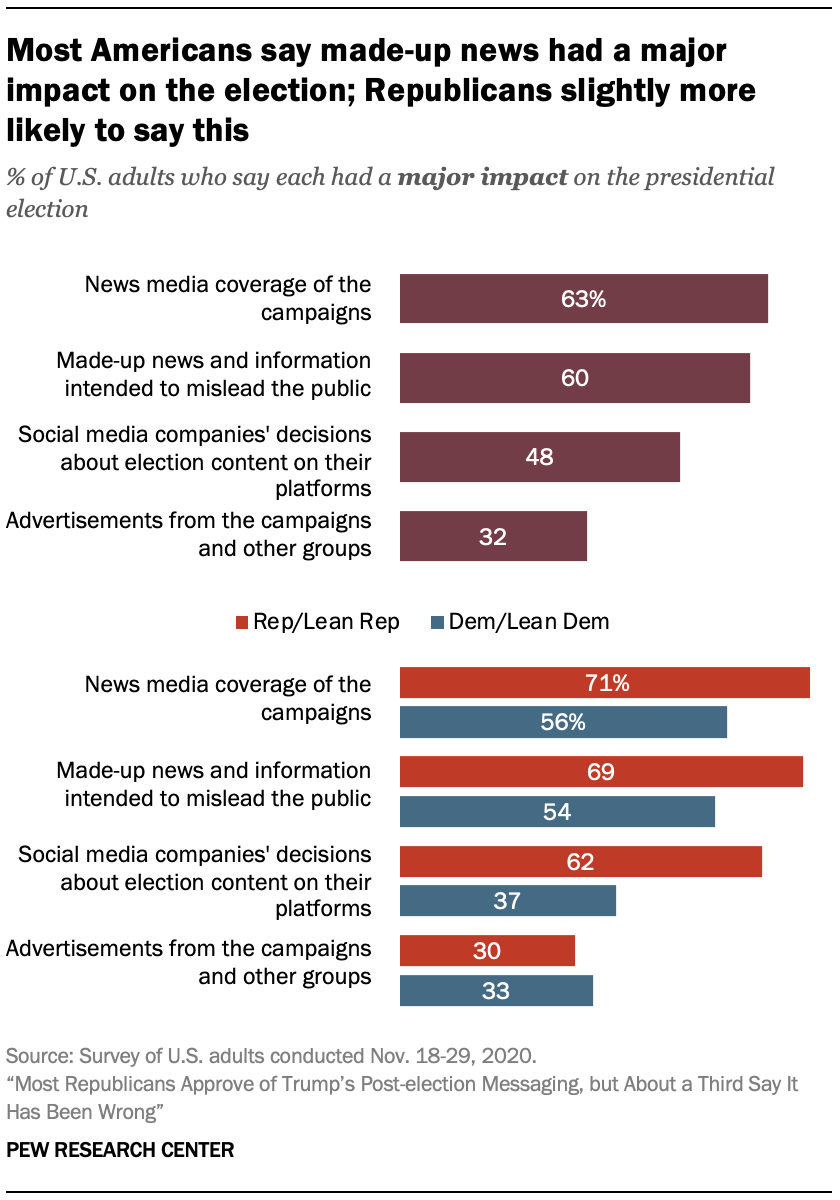 After an election season where viral online misinformation was rampant, six-in-ten Americans say that made-up news and information had a “major impact” on the presidential election, about on par with the portion who say the same of news media coverage.

More than half in both parties say this, with 54% of Democrats and independents who lean Democratic and 69% of Republicans and Republican leaners saying that made-up news intended to mislead the public had a major impact on the election.

Fewer Americans say social media companies’ decisions about election content and campaign advertisements had a major impact (48% and 32%, respectively). But the sharpest divide between the parties concerns the impact of decisions by social media companies about election content on their platforms: A solid majority of Republicans (62%) say those decisions had a major impact, compared with a much smaller percentage of Democrats (37%). It is possible that some of this response by Republicans reflects anger over Twitter and other social media platforms’ decisions to flag some of President Trump’s posts as misleading. 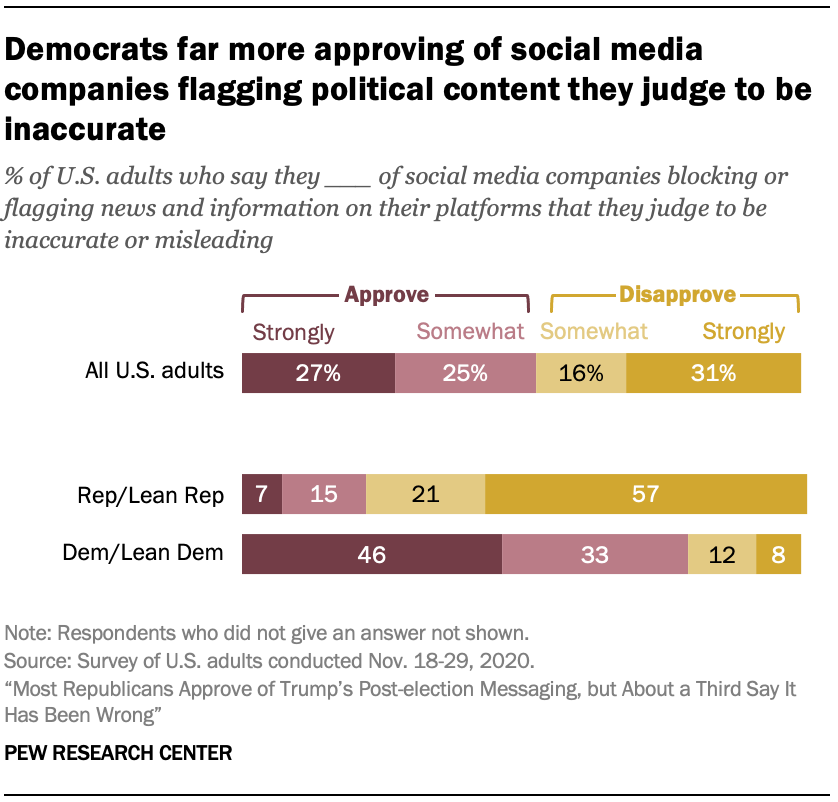 In addition to thinking that actions by social media companies had a major impact on the election, Republicans also are far more likely to disapprove of these actions.

Nearly eight-in-ten Republicans (78%) disapprove of social media companies blocking or flagging news that they judge to be inaccurate or misleading – with over half (57%) saying they strongly disapprove. Democrats have the inverse view, with 78% saying they approve of social media companies flagging or blocking this type of content (including 46% who strongly approve). 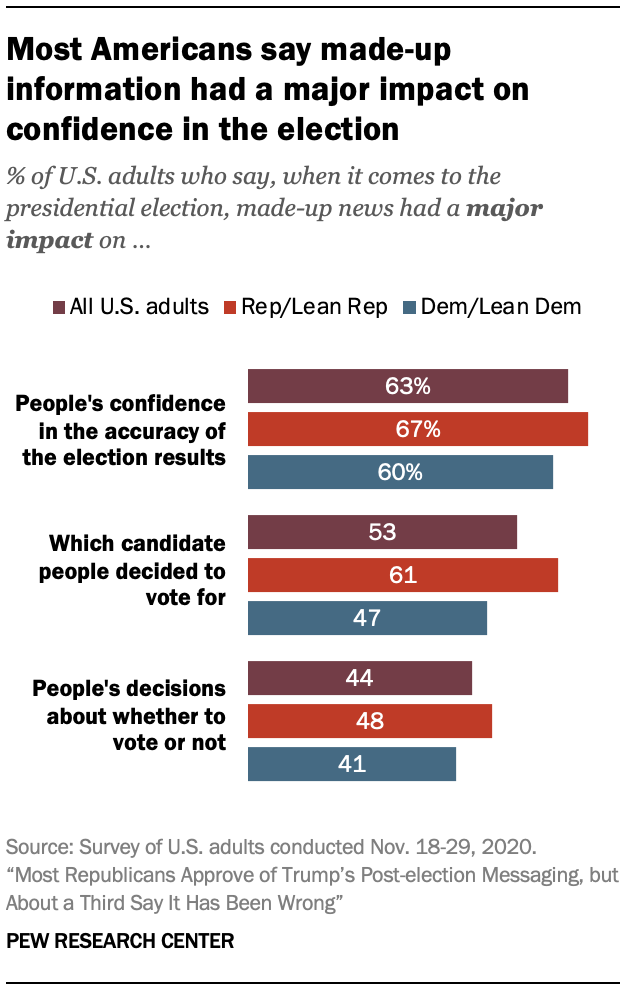 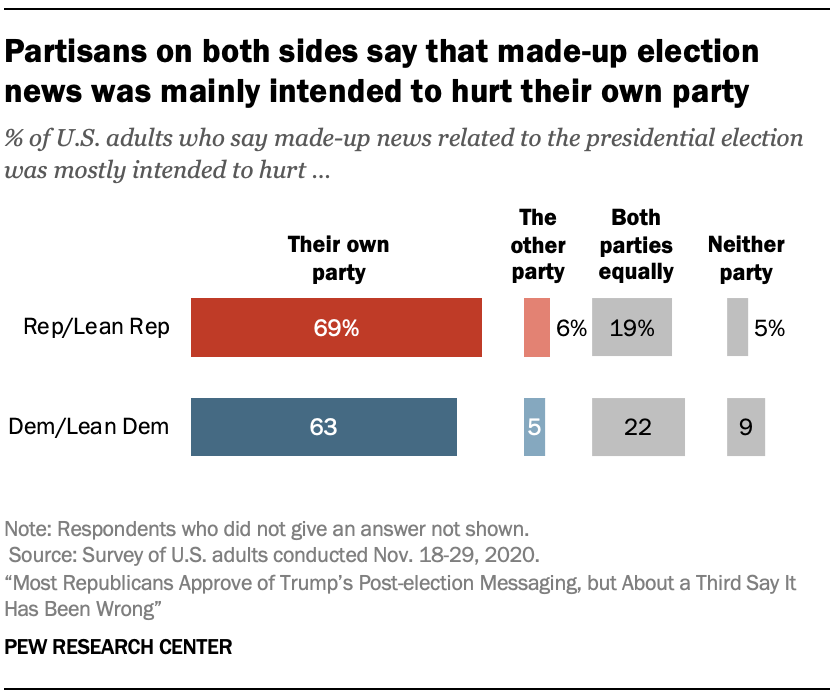 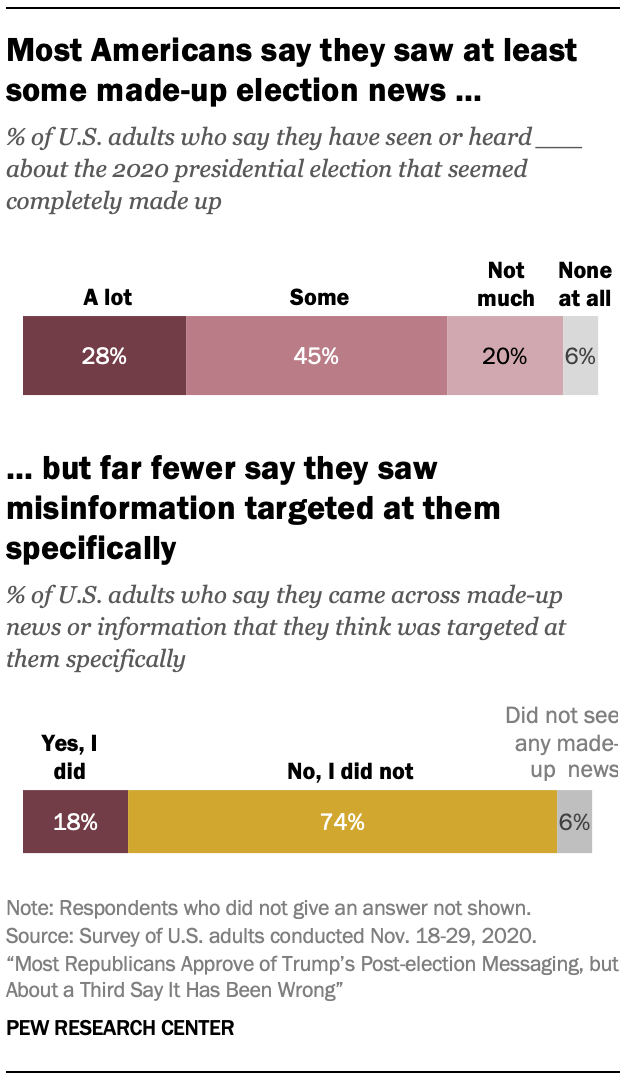 And some groups are slightly more likely than others to say they felt specifically targeted by misinformation. For instance, a quarter of conservative Republicans (25%) say they feel this way, compared with 14% of liberal Democrats.

Hispanic Americans and men also are slightly more likely to say they saw made-up news targeted specifically at them.

Next: 4. Americans’ attention to news about the coronavirus pandemic remains steady in November as cases surge Next Page → ← Prev Page