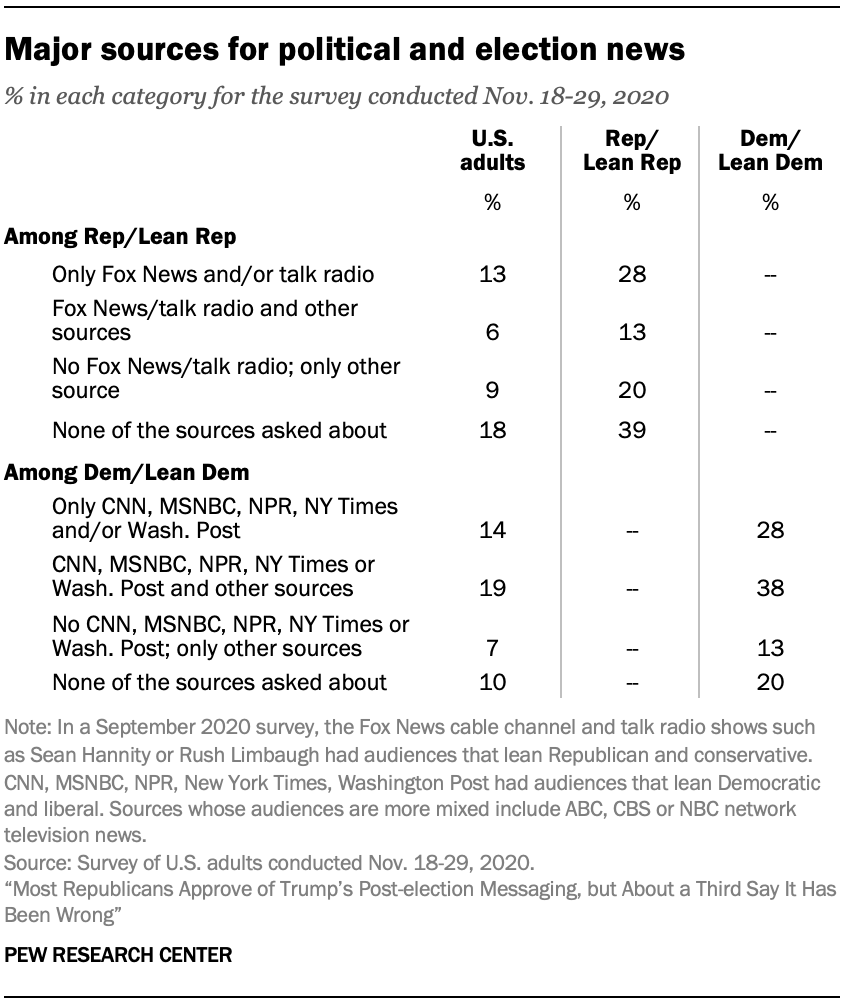 This survey asked whether respondents use any of eight news sources as a major source, minor source or not a source for news about the presidential election since polls closed on Election Day. (Responses for all eight sources are available here.) The news outlets identified as major sources were combined with the respondents’ partisanship to identify those who get news from only sources with audiences that lean toward their party (i.e., Republicans who get news only from sources with right-leaning audiences and Democrats who only get news from sources with left-leaning audiences) or another mix of sources. Those who do not use any of the eight sources asked about as a major source for political and election news are in a separate category.