1. Americans are turning to media, government and others for COVID-19 news 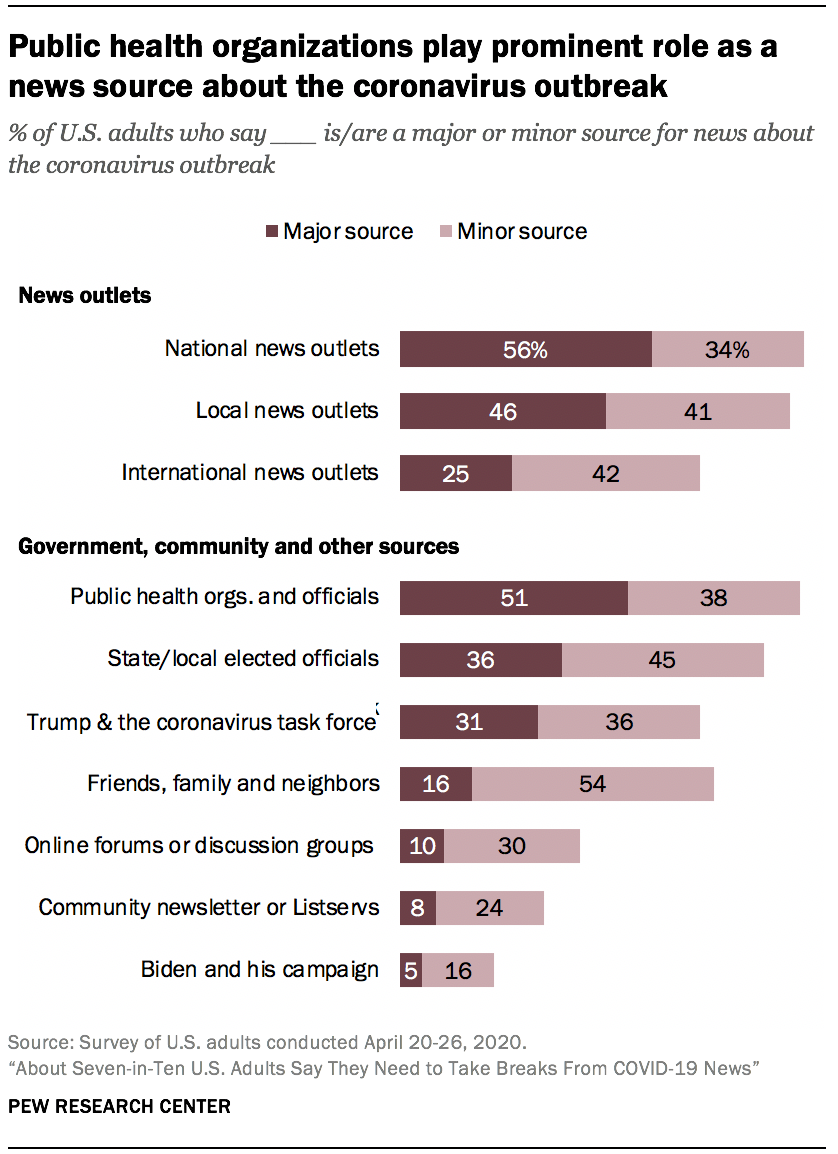 The fast-moving coronavirus story has maintained Americans’ rapt attention. Roughly nine-in-ten U.S. adults (87%) are following news about the virus very or fairly closely, with just under half (46%) doing so very closely.

Americans are also turning to a broad mix of sources for this news, whether traditional media outlets – national, local and international – or other sources such as public health organizations.

With the outbreak affecting countries around the world, 25% of the American public turns to international news outlets as major sources of news. 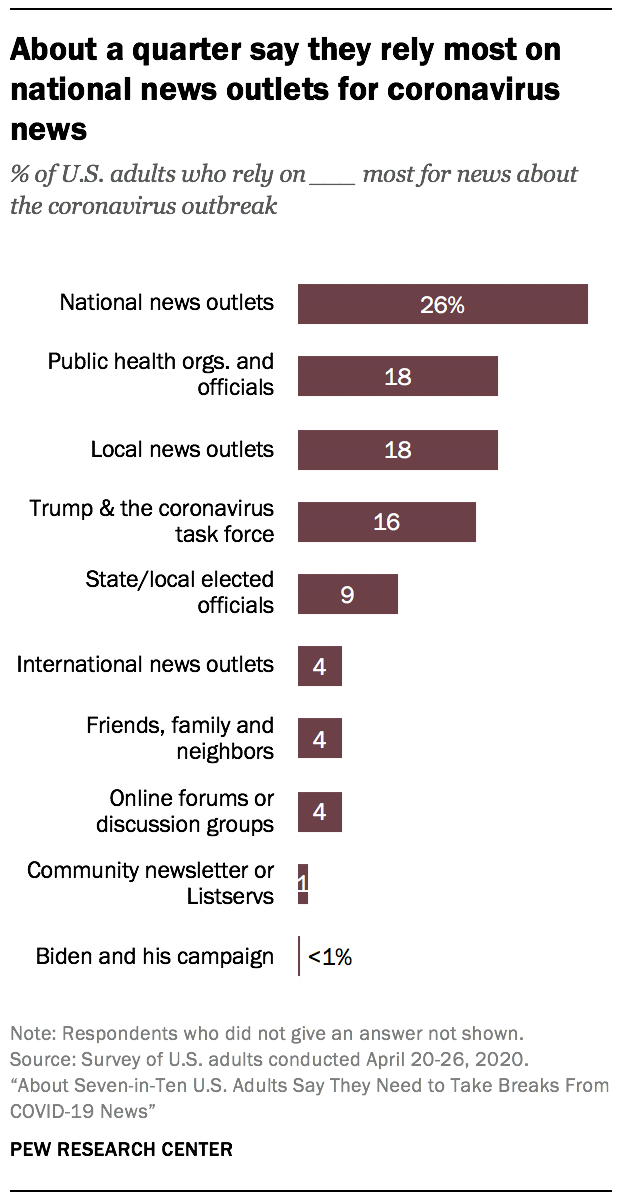 A smaller portion of Americans (16%) say friends, family and neighbors are a major source of news for them (another 54% say these individuals are a minor source). Closer to one-in-ten rely heavily on online forums and discussion groups (10%) as well as community newsletters and Listservs (8%), while presidential candidate Joe Biden and his campaign are a major source of coronavirus news for just 5% of Americans.

Respondents were next asked which of these 10 sources they rely on the most for coronavirus news. National news outlets rank first at 26%. Next come a group of three that are all at about the same level: public health organizations and officials (18% rely on them most), local news outlets (18%) and Trump and the task force (16%).

Nearly four-in-ten Americans (37%) say that in keeping up with coronavirus news, they have turned to different news sources than normal.