3. Within party, media diet makes a difference in thoughts and perceptions about COVID-19 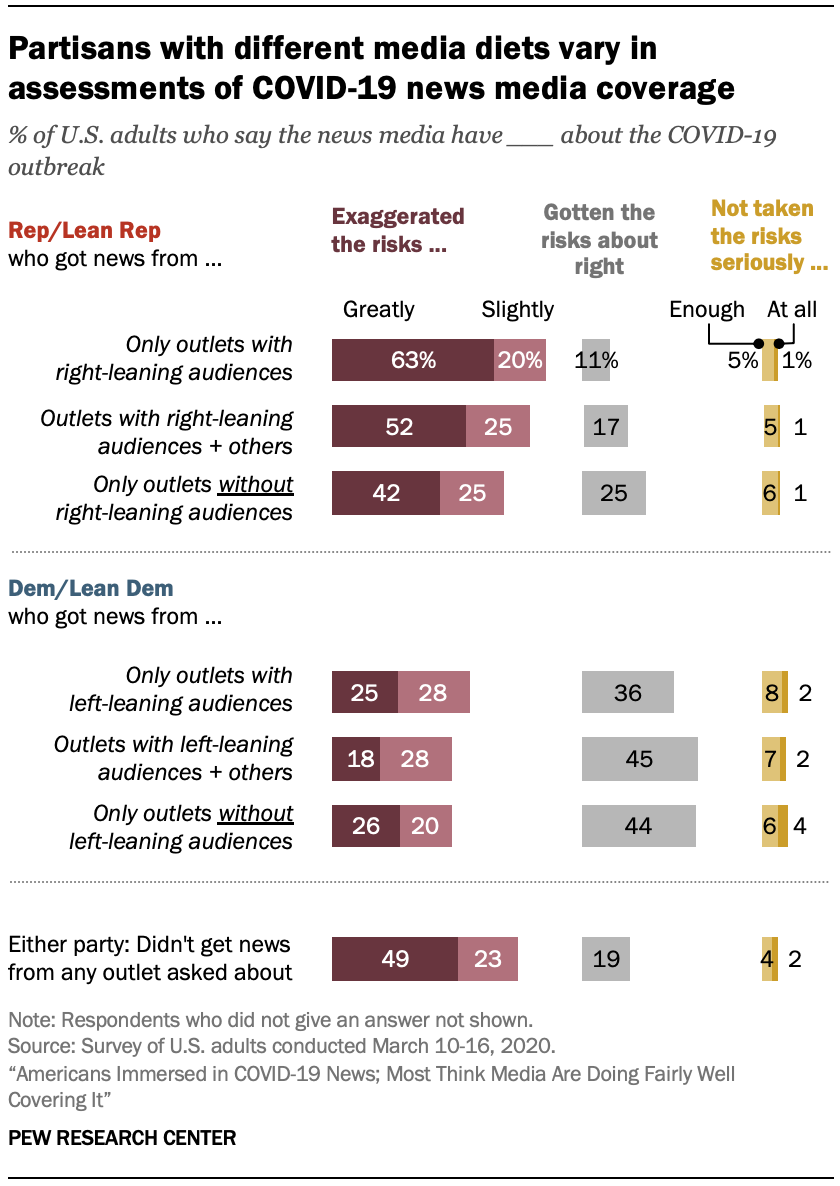 One striking area of difference within each party lies in the news sources people turn to for political news. The first survey conducted for Pew Research Center’s Election News Pathways project asked respondents whether they got political news in the past week from each of 30 different news outlets. Researchers then grouped Democrats and Republicans by the audience composition of the news outlets they turn to (details on the 30 outlets and audience classifications can be found here). Examining the survey through that lens reveals that Republicans and Republican-leaning independents who get news only from outlets whose audiences lean right politically stand out in multiple ways from Republicans with different media diets. Some differences also emerge among Democrats and Democratic leaners based on media diet, though to a lesser degree.

Republicans and Republican leaners who only get news from outlets whose audiences align with them politically are more likely than Republicans with other media diets to think the media have greatly exaggerated the risks associated with the virus and to think COVID-19 was created intentionally in a lab. 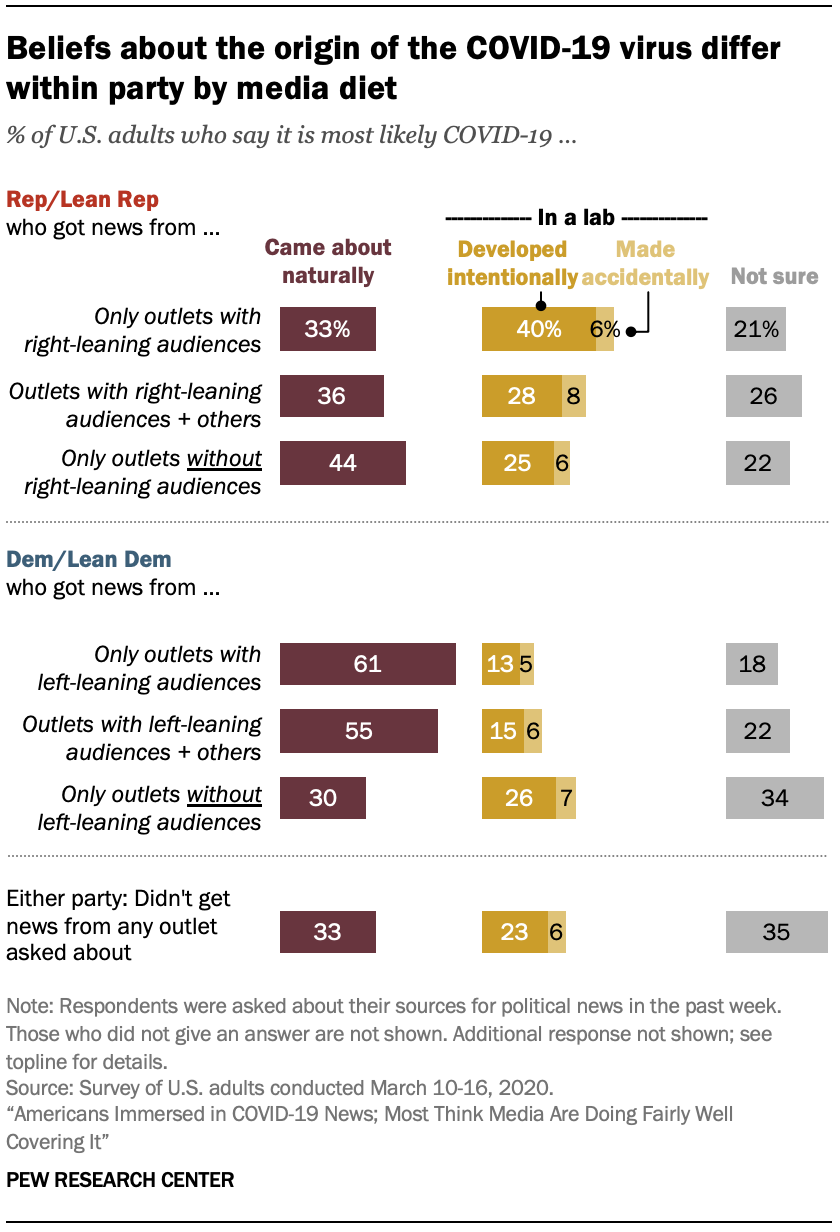 The right-leaning audience news bubble group is also more likely than other Republicans to think that a vaccine will be available in a few months: 33% in this group say this, compared with closer to a quarter of the two other Republican groups. Still, a plurality (44%) says it will take a year or more. (Again, this difference largely holds among conservative Republicans who have these different news diets.)

Among Democrats, those who get political news from a left-leaning audience news bubble stand out less. They are slightly more likely than Democrats whose news diet includes outlets with both left-leaning and non-left-leaning audiences to say the virus strain came about naturally (61% and 55%, respectively). These two main Democratic groups are also equally likely to say it will take at least a year to create a vaccine (60% of both groups).

Instead, it’s Democrats who don’t get news from any outlets with left-leaning audiences who stand apart. They are more likely to say COVID-19 was most likely created intentionally in a lab (26%), less likely than other Democrats to say it came about naturally (30%) and more likely to express uncertainty over the virus’ origin (34%). Democrats’ views of whether the new media have exaggerated the risks are not markedly different across media diets.