1. Majorities think the news media have done a good job overall covering COVID-19 but have exaggerated the risks 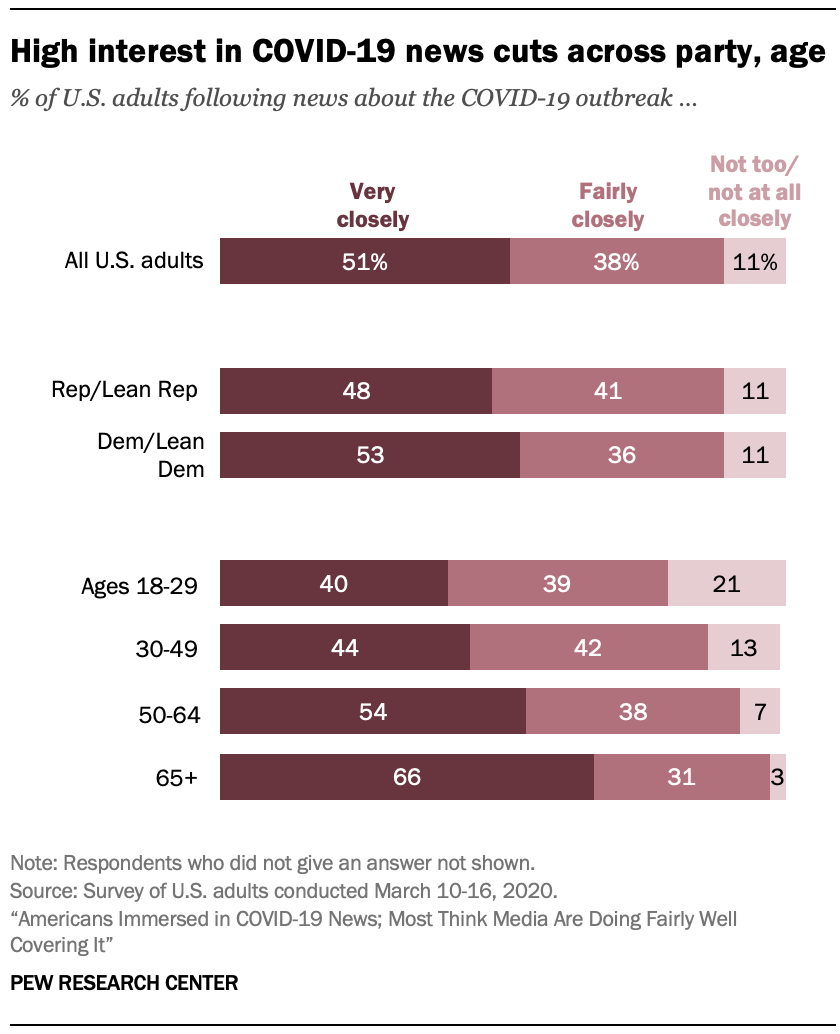 Americans are paying very close attention to news about COVID-19, the new strain of coronavirus that is upending daily lives and wreaking havoc on the stock market. About half of U.S. adults (51%) say they are following this news very closely, and another 38% are following it fairly closely. 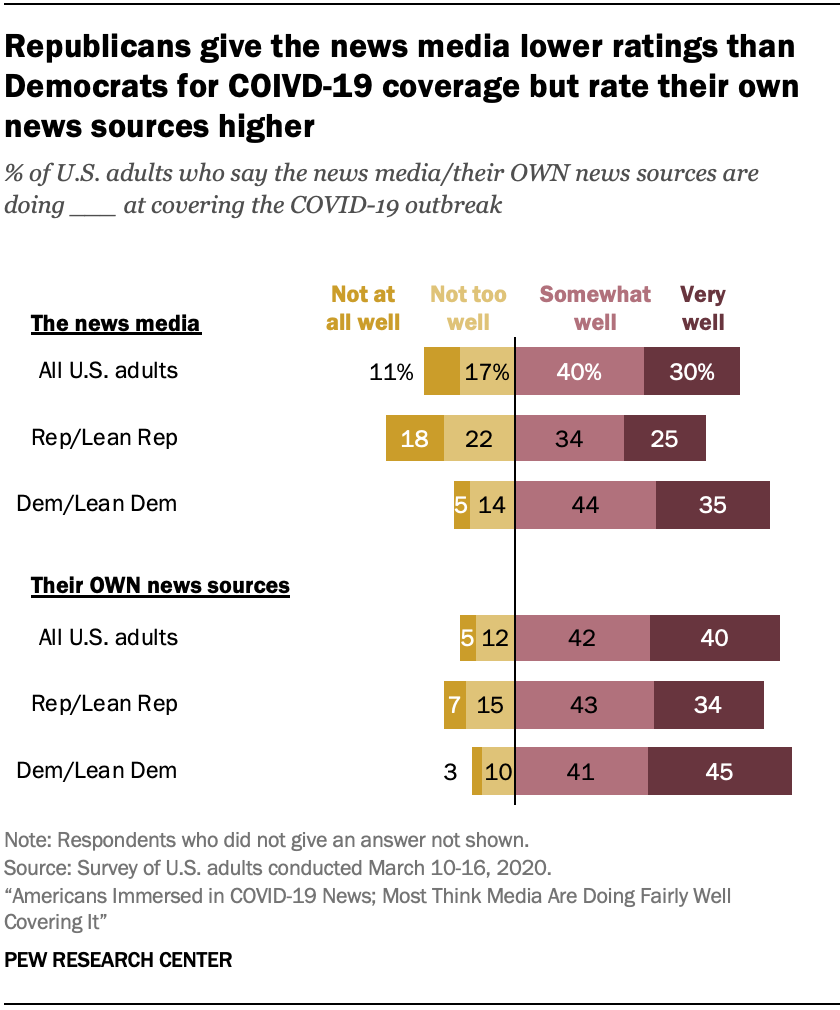 The American public gives the media fairly high marks for their coverage of the coronavirus. Fully 70% say the news media are doing very (30%) or somewhat well (40%), compared with about three-in-ten who say they are not doing well (29%). The marks get even higher when it comes to the specific sources people turn to most, with 82% who say their own sources are doing very (40%) or somewhat well (42%). 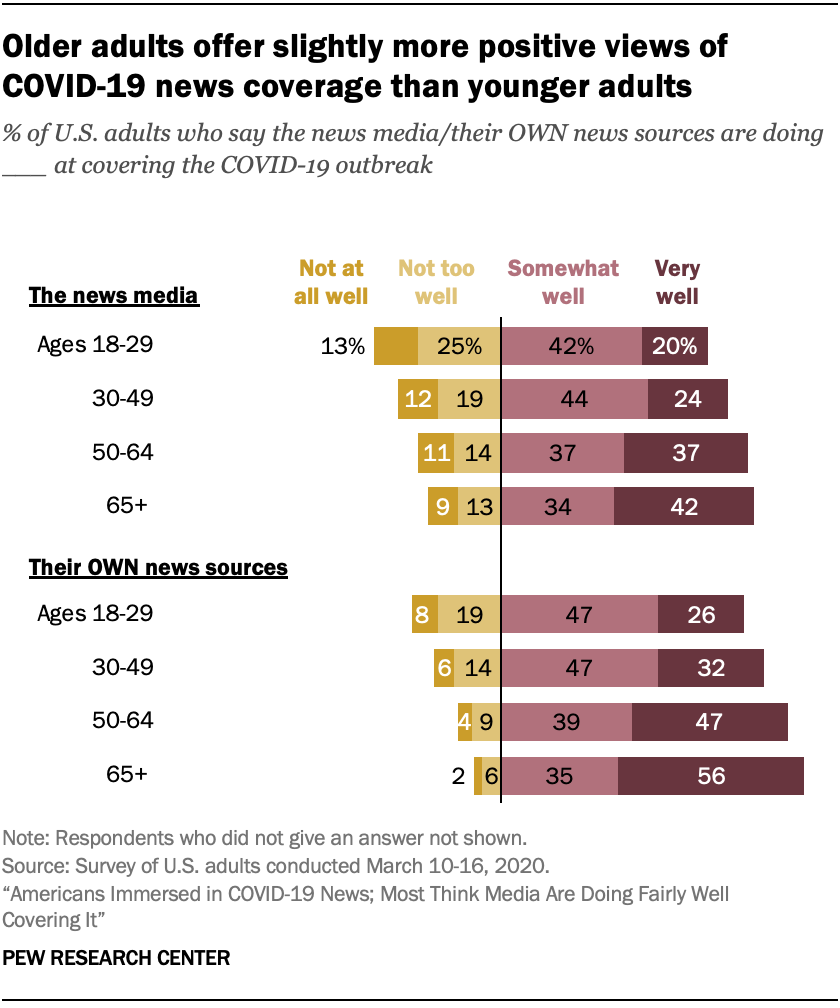 Some differences by age also emerge, with older Americans more likely to give high praise than younger ones. About four-in-ten adults ages 65 and older (42%) say the news media are doing very well covering the virus outbreak. That is roughly twice the share among 18- to 29-year-olds (20%). Adults ages 30 to 64 fall in between. Still, about six-in-ten or more of each age group say the media are doing at least somewhat well.

People’s assessments of their own news sources show the same general pattern across age groups.

Despite high marks, most think the media exaggerated the risks of COVID-19

A central question surrounding the outbreak has been the risks associated with the virus, a question often addressed in media coverage as well as in statements from political leaders and health experts. 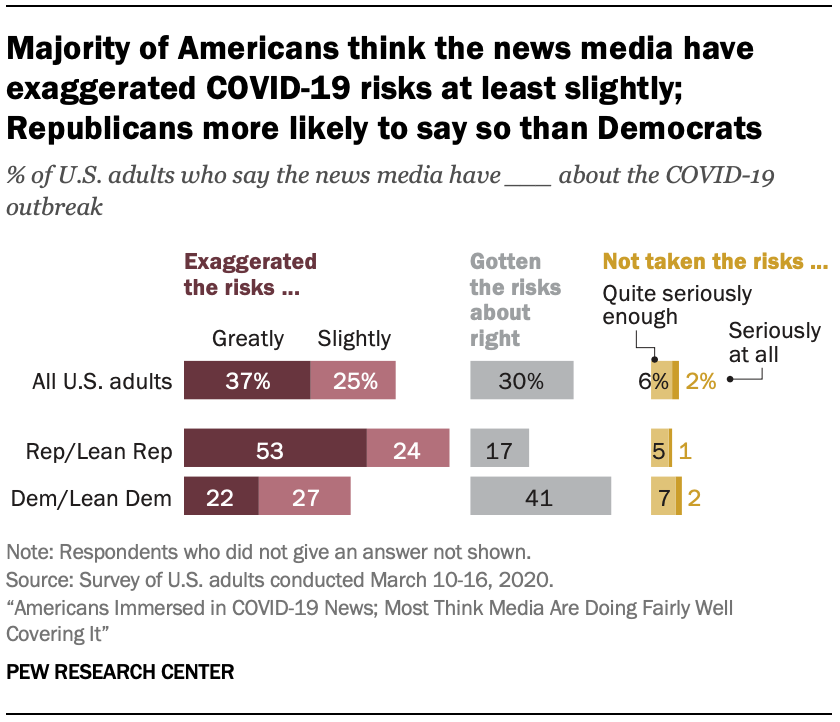 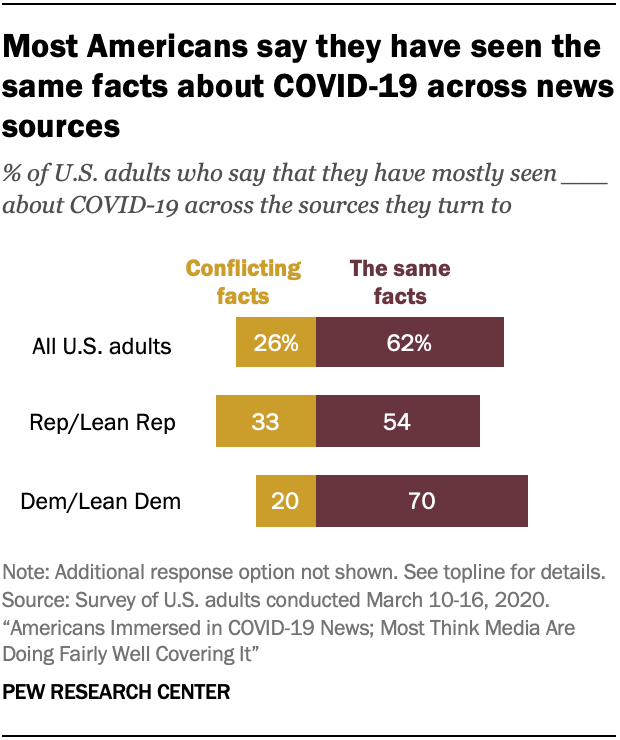 A majority of U.S. adults (62%) say the various sources they turn to have mostly provided the same set of facts about the coronavirus outbreak. Far fewer (26%) say they have seen conflicting facts. And about one-in-ten (11%) say they haven’t turned to multiple sources for this news.

Half or more of both parties say they’ve mostly gotten consistent facts across their mix of sources, though Democrats say this more than Republicans (70% vs. 54%). A third of Republicans say they’ve gotten conflicting facts, compared with 20% of Democrats.

Next: 2. Knowledge and perception surrounding COVID-19 Next Page → ← Prev Page