While fully made-up news and information intended to mislead is the primary topic of this report, other potentially inaccurate or misleading types of information also seep into our information streams. These include such things as factually accurate but one-sided news stories, breaking news that may not be verified before publication, and even satire about events and issues. Americans, the study reveals, clearly distinguish among these different types of misinformation and see differences in the levels of confusion they can cause.

Of the five types of information asked about, Americans view made-up news and altered videos/images as the two that confuse the public the most. 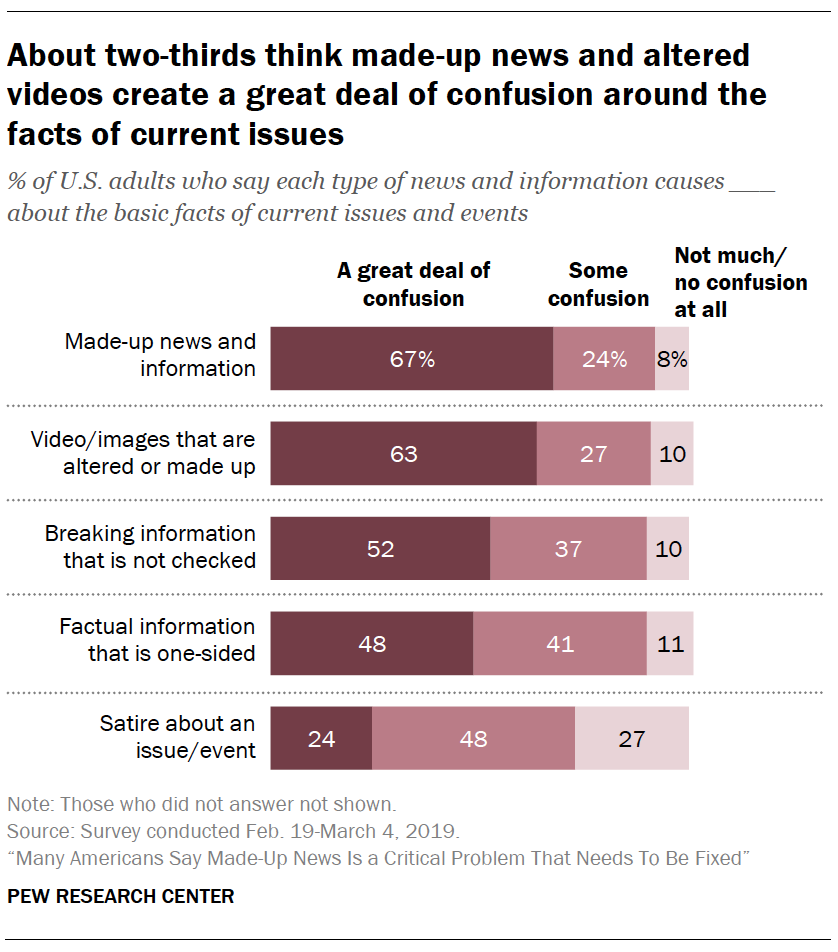 Two-thirds of Americans (67%) say made-up news and information cause a great deal of confusion, followed by 63% who say this of videos and images altered to mislead the public. Roughly half (52%) feel that way about breaking information that gets published before being checked. A slightly smaller percentage (48%) says the same thing about news and information that is factual but is presented in a way that favors one side. Only about a quarter, on the other hand, say that of satire (24%). 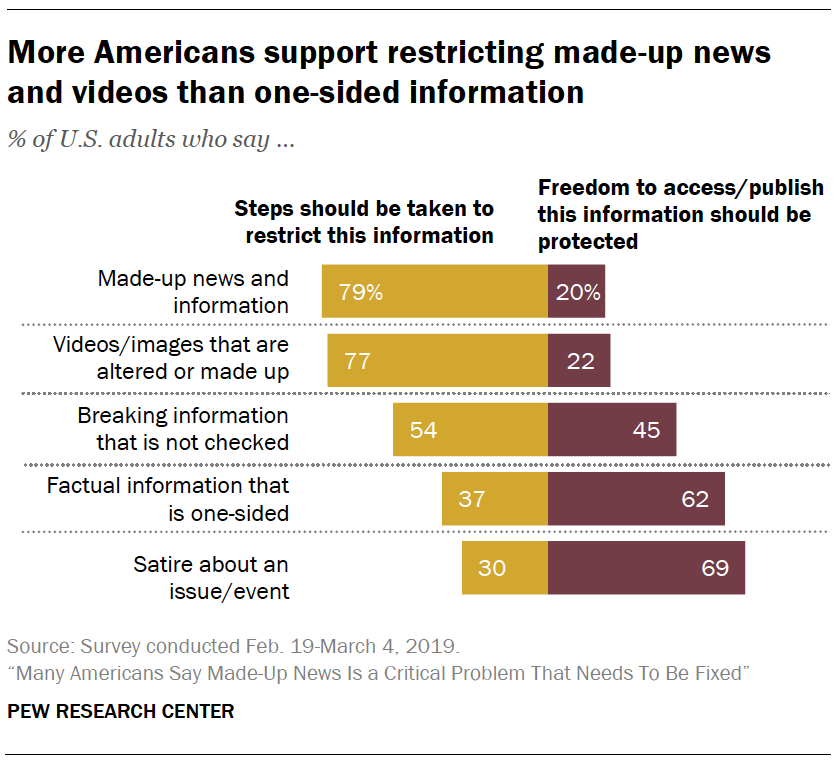 The findings are similar when it comes to whether steps should be taken to restrict misinformation or whether the freedom to access and publish it should be protected.

Most U.S. adults feel steps should be taken to restrict made-up news and information (79%) as well as altered videos and images intended to mislead (77%). A slight majority (54%) also says this of breaking news that is published before being fully checked. But even as about half of Americans see one-sided coverage as causing a great deal of confusion, fewer (37%) feel it should be restricted. When it comes to one-sided news and satire, majorities feel it is better to protect the freedom to produce those types of information (62% and 69%, respectively) than to take steps to minimize them.

Americans’ attitudes about whether to restrict certain kinds of misinformation are tied, in part, to how difficult they believe it is for people to be able to detect it in the first place.

Most Americans think the public should be expected to recognize satire (65%) and factual information that favors one side (58%), both of which they largely favor protecting. 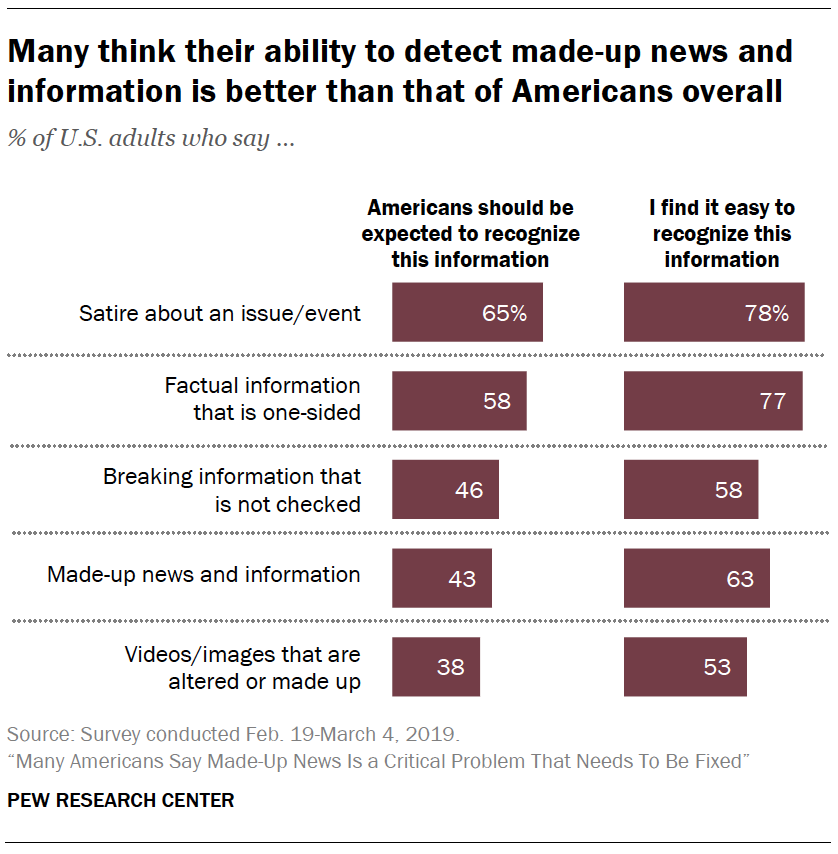 Conversely, far fewer (38%) say Americans should be expected to recognize altered videos and images, compared with 43% who say the same about completely made-up news and 46% who say this of breaking news that is not checked. Of those harder-to-recognize forms, overwhelming majorities want to restrict altered videos and made-up news and information, with slightly more than half expressing a desire to restrict unchecked breaking information.

Survey respondents also put a good deal more faith in their own ability to recognize potentially inaccurate or misleading information than they do in the broader public’s ability to discern it. At least half say they are confident in their own ability to recognize each of the five types of misinformation, ranging from 53% who say this about altered videos and images to 78% who say this about satire.

Next: 4. Republicans see made-up news as a bigger problem than Democrats, are more likely to blame journalists Next Page → ← Prev Page