Another way to examine attitudes across news media outlets is to look at the relationship between the ideological profile of an outlet’s audience and where people think it falls on a left-right ideological scale. To do this, the study asked respondents who have heard of the outlets where they think each falls on the left-right ideological scale used in this study, where 0 represents the far left and 6 represents the far right.

Across the eight countries surveyed, people who get news from an outlet tend to think it is closer to their own left-right ideological position. In France, news users on either the right or left tend to place three outlets closer to their own ideology: the public television channel France 2, the 24-hour TV news channel BFM and the newspaper Le Monde. Right-aligned and left-aligned news users, however, generally agree on the ideological placement of the TV channel TF1.3 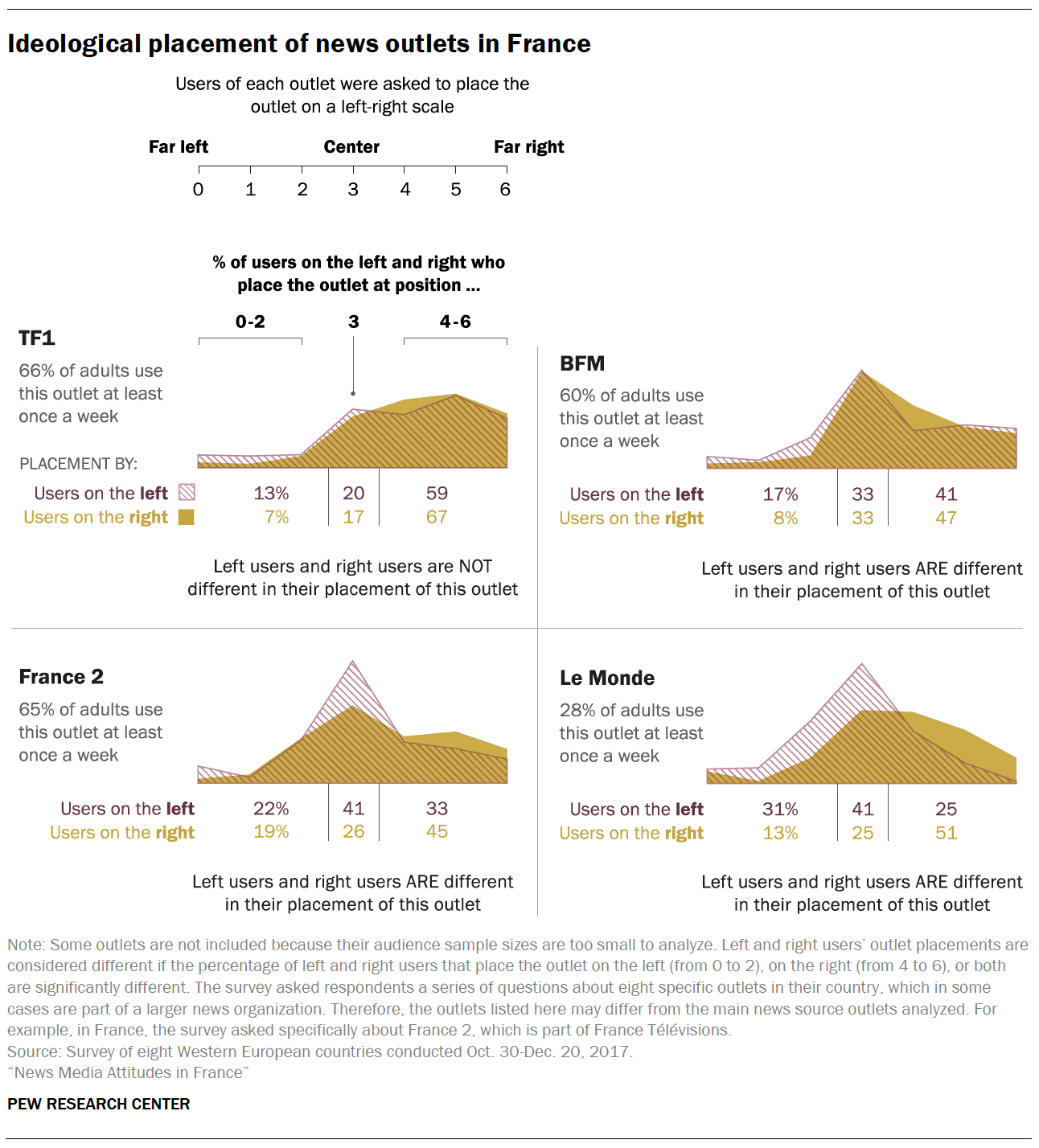 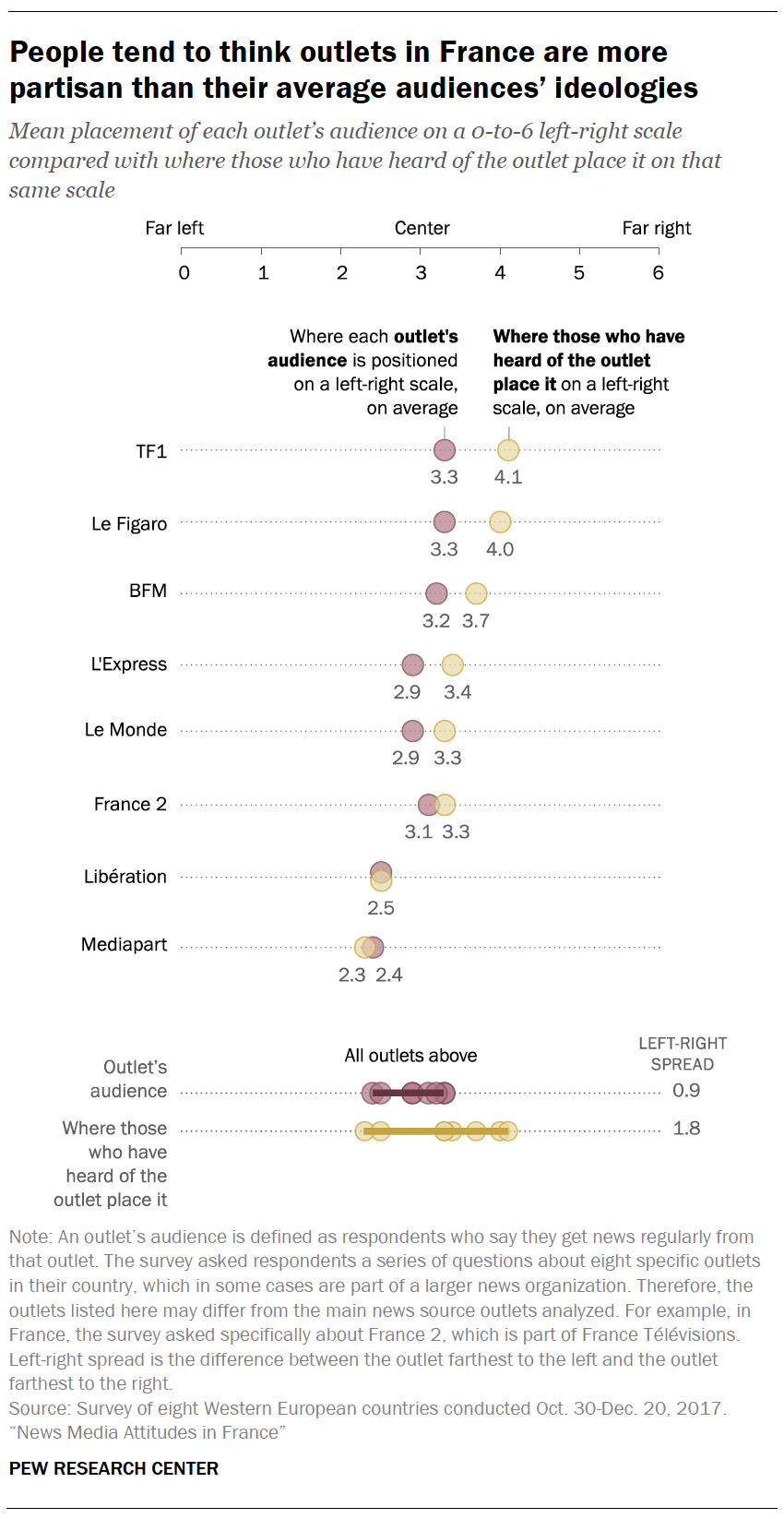 France is no exception; for most outlets, while their news audiences are near the ideological center, people who have heard of the outlets tend to think they lean slightly more to the right. TF1, for example, has an audience that sits at about the middle of the left-right spectrum (3.3 on the 0-to-6 scale), but when asked to place the outlet on the same left-right scale, people who have heard of it place the outlet farther to the right (at 4.1).

Next: 6. Trust in specific news outlets in France Next Page → ← Prev Page