Among four platforms asked about – TV, radio, online and print – TV is often the most popular for news: Six-in-ten adults or more in each country studied (including as many as 81%) get news there at least daily.

France similarly has a large portion of adults (71%) who get news daily from TV. Radio is the second most popular news platform used daily (53%). Online news use is comparatively low in France: About half (47%) get news daily from online sources, compared with about six-in-ten or more in most other Western European countries. Print media is the least popular platform, with about a quarter of French adults (23%) reading print news sources daily.

While TV is most popular, many Western Europeans use multiple platforms every day to get news. In the eight countries surveyed, majorities use at least two of the four platforms daily. And in some countries, about half get news this frequently on three or four. 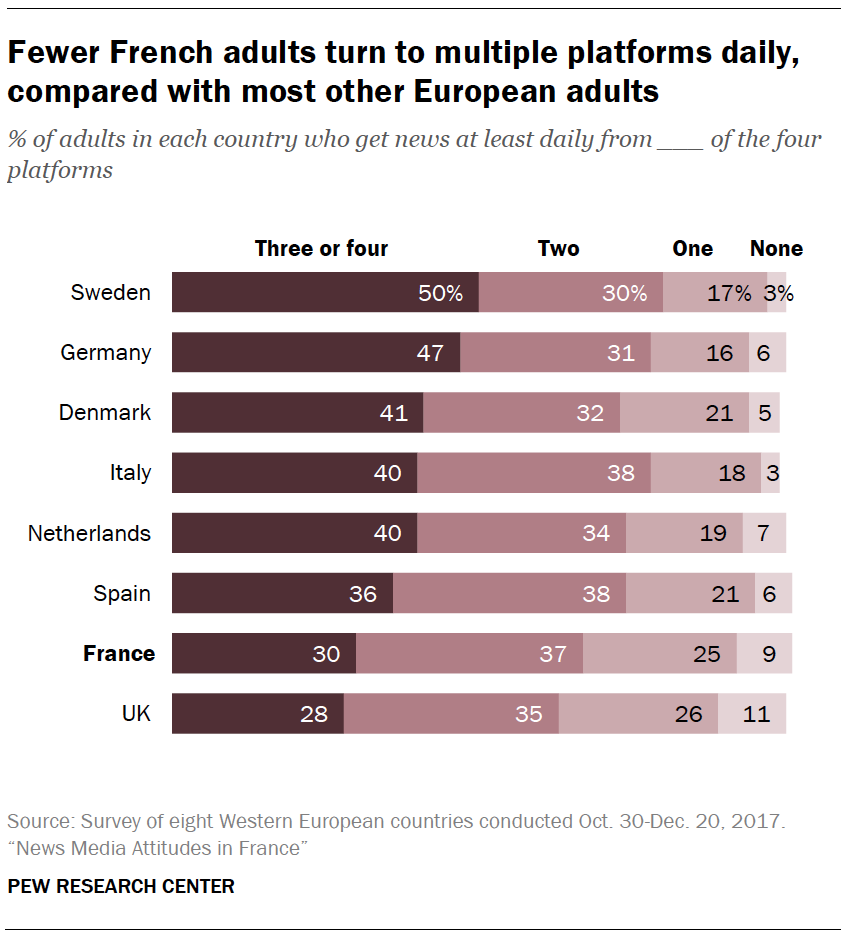 A quarter of French adults get news daily from just one platform. This group of single-platform news consumers is primarily made up of people who get news at least daily from TV (52%), while some use online sources (25%) and the radio (21%) and very few get news only from print sources. 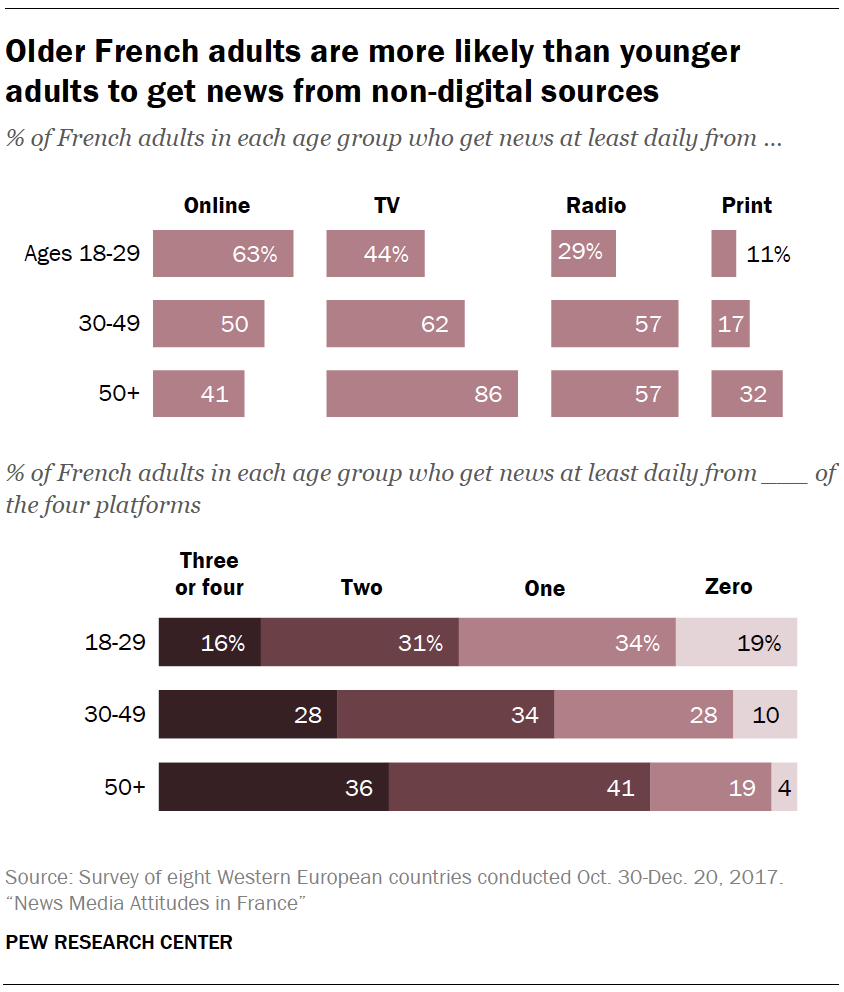 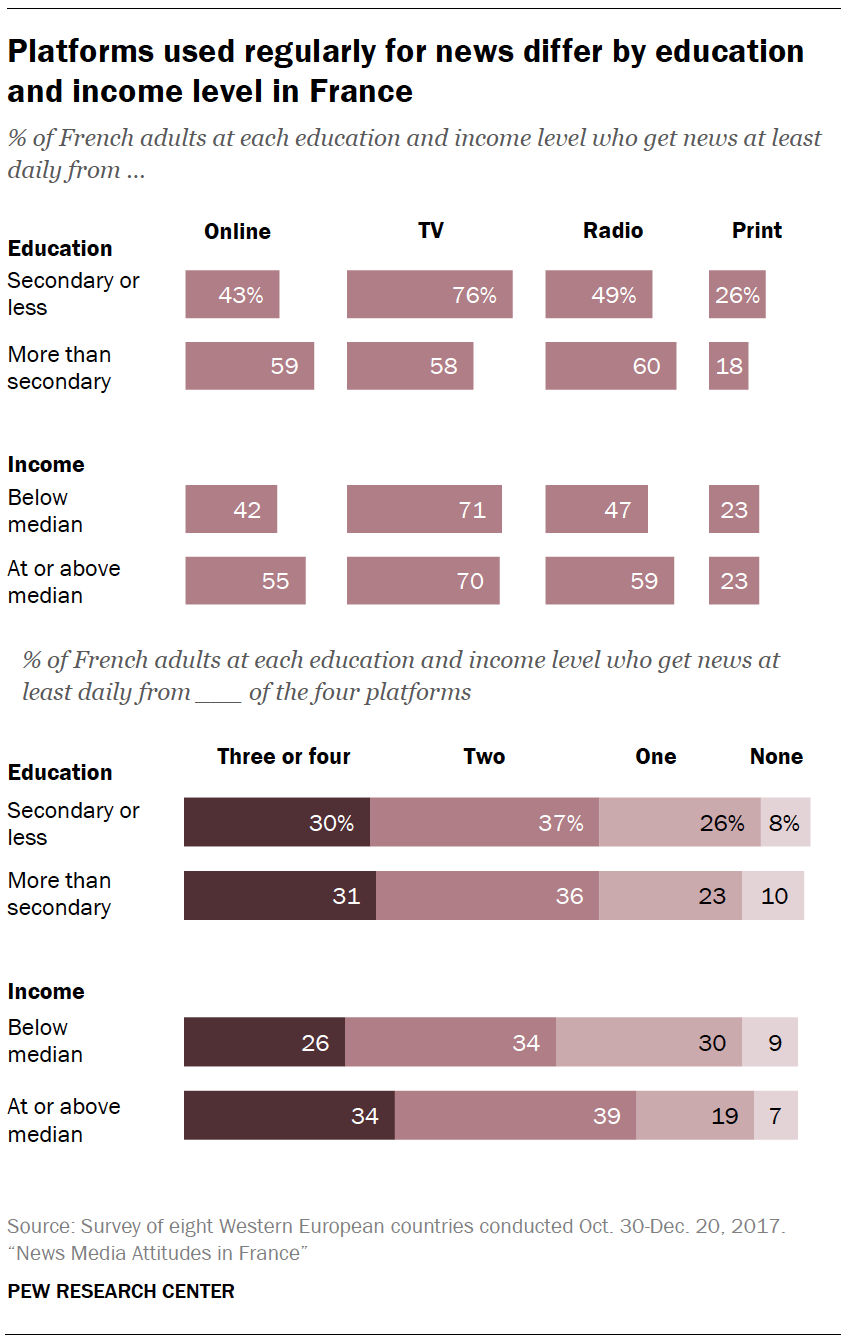 When looking at differences by income, French adults with an income at or above the median are about as likely as those with a below-median income to get news daily from TV and print sources. Higher-earning adults, however, are more likely to get news daily from the radio or online sources. As a result, about a third of adults earning a higher income (34%) get news at least daily from three or four platforms, compared with about a quarter of those with an income below the median (26%).

Next: 3. The role of social media in news Next Page → ← Prev Page