Young adults follow the news less closely, and they have more negative attitudes about the news media. But they are more likely than their elders to get news online. 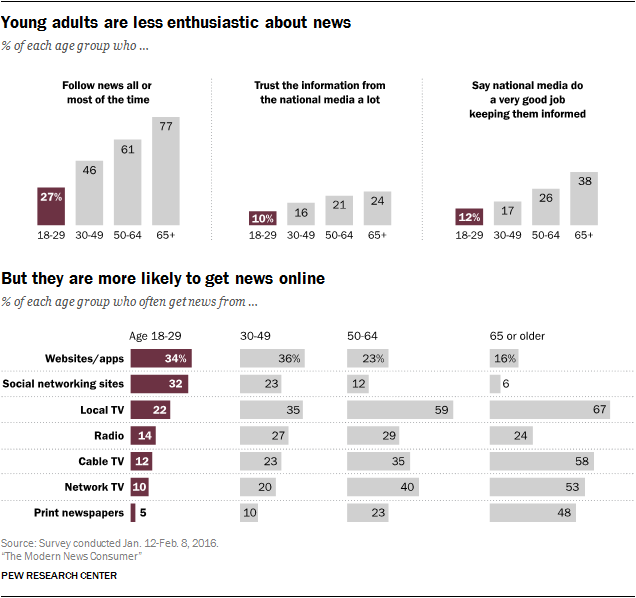 Despite this digital focus, young adults are no more likely to engage with news on social media than others. 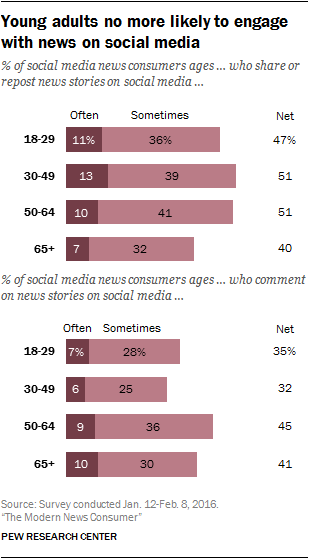