Few have a lot of confidence in the information they get from professional outlets or friends and family, but large majorities have at least some trust in both; social media gets substantially lower trust scores. 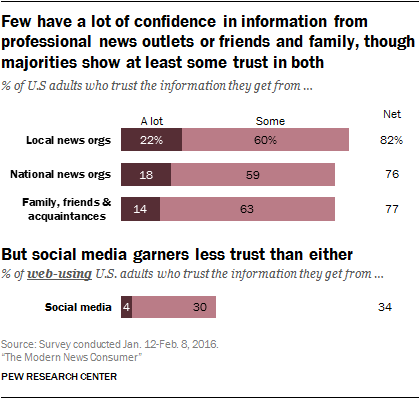 U.S. adults see the news media as performing its watchdog function – but overwhelmingly say that news organizations are biased. 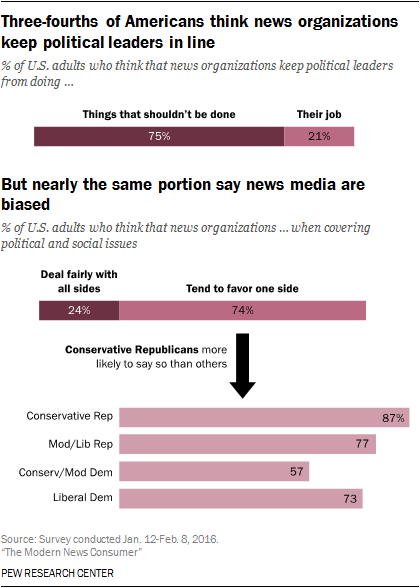 Americans are more evenly divided on whether online news they get from friends and family is one-sided – but many would prefer that it were not. 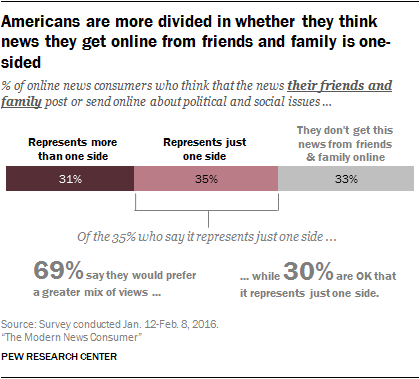 Next: 3. Loyalty and source attention Next Page → ← Prev Page