Democrats overall express more trust than Republicans in the information they get from national news organizations. 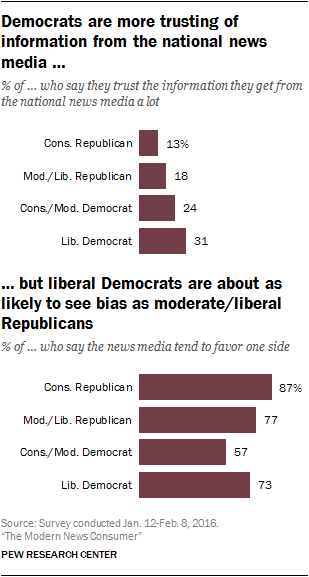 Online, those at either end of the ideological spectrum are somewhat more likely to get one-sided news from family and friends; Conservative Republicans are most likely to be OK with it. But both sides see personal contacts as an important news source. 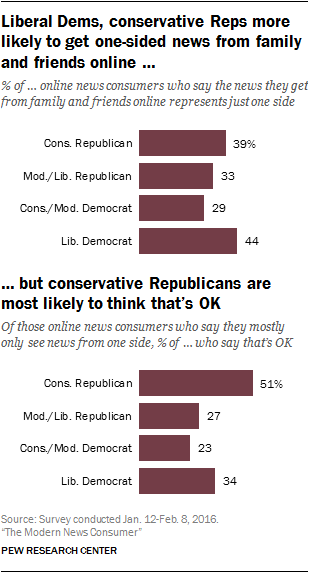