Intentionality matters when it comes to online news consumption: those who seek the news out behave differently than those who stumble into news while doing other things online. 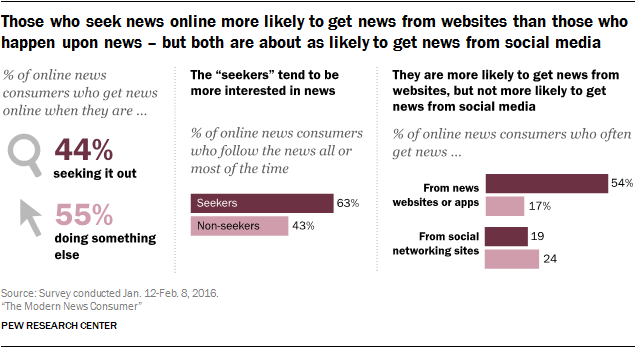 Only about a third of digital news consumers (36%) actually prefer the online world as their primary platform for news. 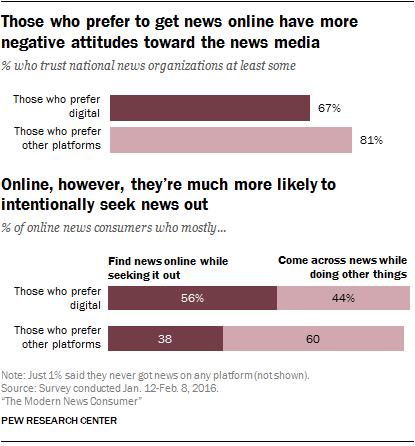